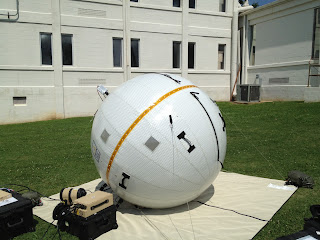 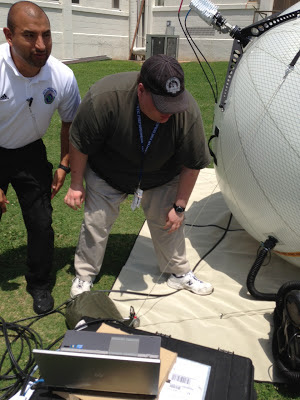 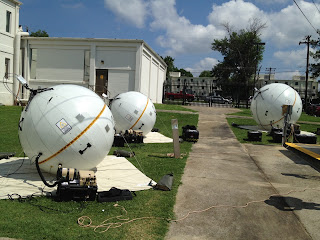 And with that, we start to see the light at the end of the tunnel.  A short week this week with the 4th of July, then a week of IM I classes, and then our final week is the IM I Certification test.  July 19 at 3 we are done!!
One final note - we have been officially renamed to be the IMAT East instead of IMAT Blue - the current team's name.
Posted by IMAT COM-L at 12:33 PM No comments: The week ahead includes a personal leadership course and two days training on one of our portable satellite systems.  That should be a good time (assuming the weather is decent!)

Welcome back!  This past week was a week-long class that was specific to my position.  The best parts of these classes is always getting to talk to people that have done the work in the field.  While the academic part is okay, these classes just further point to the fact that we will not know how we are doing until we actually do it.

Besides the classroom classes, I worked hard and finished all of the 44 required independent study courses for the academy.  These ranged from equal rights to hiring veterans to more in depth information on the program areas (IA, PA, and HM).  And, if you cannot guess from the title, the heat has arrived.  Thank goodness for well working AC systems!

This next week will include repeating a 2 day course I took last December, a 2 day formal evaluation for level III, and the CBRNE (Chemical, Biological, Radiological, Nuclear and high-yield Explosives) Workshop.  It will be interesting to see what they cover in that one day!